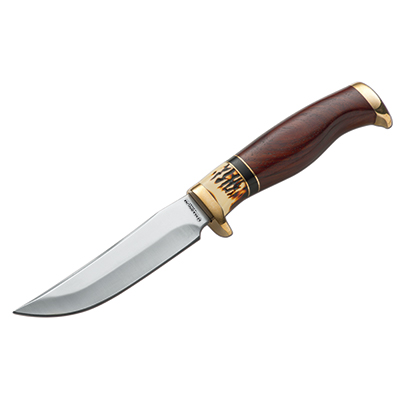 Skinner blades or swept point blades used exclusively for skinning animals might possess a fully curved point, which gives the blade a scythe-like shape. If the blade is also needed to gut hunted animals, the curve should be less pronounced. Here, the spine either tapers gently towards the point (similar to a drop point blade) or the spine comes with a gutting hook that can be used to hook the blade into the game. Although a skinner knife or swept point knife can be used to gut and skin hunted game, these knives are not considered hunting knives, because they are not suitable for actually killing animals.