We are still here for you and process orders and customer inquiries as quickly as possible, but due to the current situation it may temporarily come to longer delivery times!
Categories
About us
Information
Lexicon category I
Lexicon navigation
Close the menu
Lexicon navigation
Lexicon Home
0-9 A B C D E F G H I J K L M N O P Q R S T U V W X Z 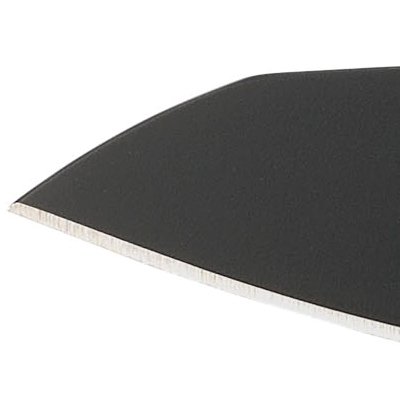 An ILAFLON coating increases the abrasion resistance as well as the resistance to chemicals and corrosion of metal objects. Knife blades can also be coated with ILAFLON.

ILAFLON was originally developed for firearms – more specifically for military purposes – since they must be highly resistant to abrasion and chemicals as well as environmental and weather conditions. One common problem for the armies of almost all countries is that firearms are in permanent contact with the hand of the user, which subjects them constantly to moisture. They are susceptible to rust and abrasion. Since ILAFLON has been shown to significantly increase the abrasion-resistance and corrosion-resistance of military firearms, it is now being used for other applications as well, including knife blades. Before the ILAFLON coating is applied, the knife is degreased and sandblasted. Then the ILAFLON coding is sprayed on. The knife can be protected by one or more layers. One ILAFLON layer can be up to 60 µm thick, multiple layers have a thickness of up to 150 µm. These numbers describe the thickness of the dry layer – which means the thickness of the layer after curing, which bonds the ILAFLON layer permanently to the knife.

The knife is cured at a temperature of 180-230°C for 10 to 20 minutes. The exact curing time depends on the thickness of the applied layer. The curing process requires adequate ventilation. Thanks to the strong bond of the ILAFLON coating, the treated knife can undergo further production steps, such as polishing.

A finished knife can also be coated with ILAFLON at a later time. ILAFLON is available in gray, metallic and black and has a matt or semi-glossy sheen. In addition to their abrasion-resistance and resistance to chemicals, ILAFLON-coated knives also offer good salt spray resistance according to DIN 50021.